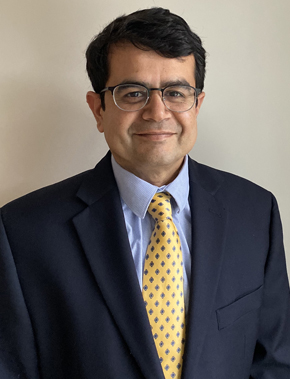 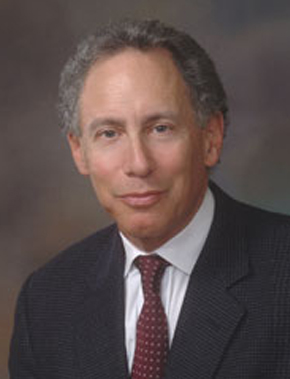 Dr. Langer has written over 1,250 articles and also has nearly 1,050 patents worldwide. Dr. Langer’s patents have been licensed or sublicensed to over 250 pharmaceutical, chemical, biotechnology and medical device companies.

Dr. Langer has received over 220 major awards. He is one of 5 living individuals to have received both the United States National Medal of Science (2006) and the United States National Medal of Technology and Innovation (2011). He also received the 2002 Charles Stark Draper Prize, considered the equivalent of the Nobel Prize for engineers, the 2008 Millennium Prize, the world’s largest technology prize, the 2012 Priestley Medal, the highest award of the American Chemical Society, the 2013 Wolf Prize in Chemistry, the 2014 Breakthrough Prize in Life Sciences and the 2014 Kyoto Prize. 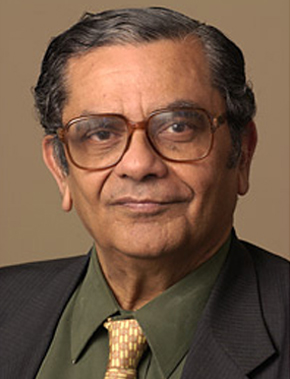 Dr. Jagdish Bhagwati received the Ph.D. in Economics from the Massachusetts Institute of Technology in 1961 for a thesis titled "Essays in International Economics", supervised by Charles P. Kindleberger.

Dr. Bhagwati was an economics professor at the Massachusetts Institute of Technology. Bhagwati currently serves on the Academic Advisory Board of Human Rights Watch (Asia) and on the board of scholars of the Centre for Civil Society. He is a Senior Fellow of the Council on Foreign Relations. Dr. Bhagwati has previously served as an external advisor to the Director General of the World Trade Organization in 2001, as a special policy advisor on globalization to the United Nations in 2000, and as an economics policy advisor to the Director-General of the General Agreement on Tariffs and Trade, from 1991 to 1993. 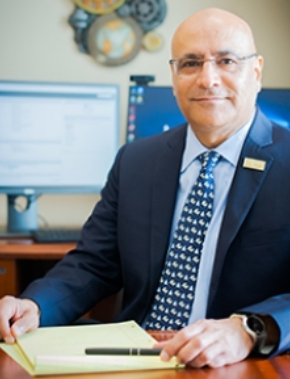 Dr. Anuj Mehrotra, Ph.D., is the dean of the George Washington University School of Business (GWSB). Under Dean Mehrotra’s leadership, GWSB has reimagined graduate business education through its modular and flexible offerings, which feature industry-driven certificates that can be used to create customizable master’s degrees. This innovative design allows the school to proactively respond to the shifting demands of business education. The school has also made changes to its undergraduate offerings by launching new bachelor of science degrees in business analytics and information systems as well as creating a business major for non-business school students. GWSB has also invested in making its programs more accessible through online education. Dean Mehrotra is credited with engaging the alumni and the business communities through innovative programs that focus on student success and lifelong learning.In 2019, alumni giving increased 20 percent and GWSB significantly improved in both national and global rankingsover the last two years while realizingsubstantial growth in graduate student enrollment. 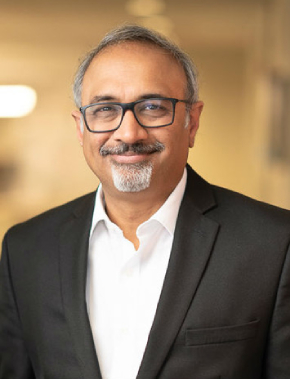 Dr. Sanjay Sarma
Professor of Mechanical Engineering and Vice President for Open Learning at the Institute at MIT

Chairman, IAICC Advisory Board on Future of Education & Training

Sanjay Sarma is a Professor of Mechanical Engineering and Vice President for Open Learning at the Institute at MIT. He overseas OpenCourseWare, MITx, MicroMasters, the new MIT Integrated Learning Initiative and the Jameel World Education Lab at MIT. As a researcher, he co-founded the Auto-ID Center at MIT and developed many of the key technologies behind the EPC suite of RFID standards now used worldwide. He was also the the founder and CTO of OATSystems, which was acquired by Checkpoint Systems (NYSE: CKP) in 2008. Between 2010 and 2012, Sarma lead MIT's team to establish the Singapore University of Technology and Design. He serves on the boards of Hochschild Mining (LON: HOC), GS1US, EPCglobal and several startup companies. 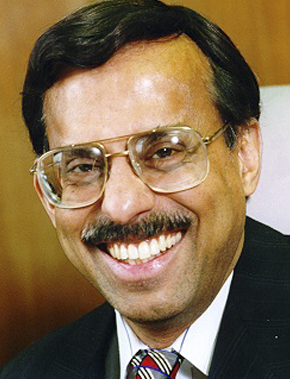 Dr.Somasundaran received his B.S, from Kerala University, B.E. from Indian Institute of Science, M.S. and Ph.D. from the University of California at Berkeley. After 5 years with the International Minerals and Chemical Corporation and Reynolds Industries; he was invited by Columbia University in 1970 to join the faculty of the prestigious Henry Krumb School of Mines. 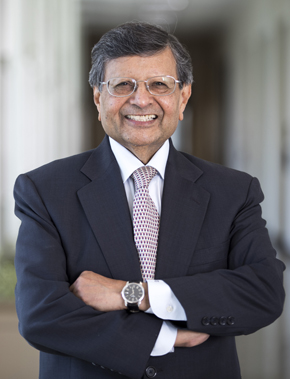 Jagdish N. Sheth is Charles H. Kellstadt Professor of Business in the Goizueta Business School at Emory University. He is globally known for his scholarly contributions in consumer behavior, relationship marketing, competitive strategy, and geopolitical analysis. Professor Sheth has over 50 years of combined experience in teaching and research at the University of Southern California, the University of Illinois at Urbana-Champaign, Columbia University, MIT, and Emory University.

Professor Sheth is the recipient of all four top awards given by the American Marketing Association: the Richard D. Irwin Distinguished Marketing Educator Award, the Charles Coolidge Parlin Award for market research, the P.D. Converse Award for outstanding contributions to theory in marketing, and the William Wilkie Award for marketing for a better society. 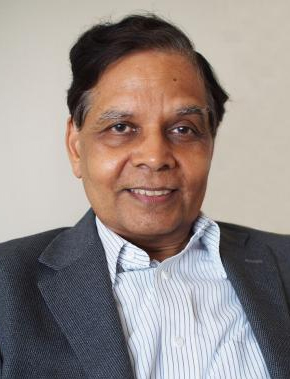 As of 2018, Panagariya has written more than 15 books, including India: The Emerging Giant, published in March 2008. Papers written by him for the World Bank and IMF usually promote the idea of privatizing all the state owned enterprises of India. It was described as the ‘definitive book on the Indian economy’ by Fareed Zakaria. 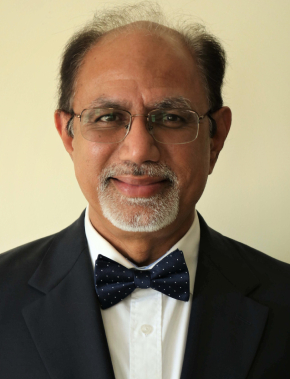 As an Associate Dean of Research, I am engaged in promoting research and education at the College of Allied Health Sciences (CAHS) at the Augusta University (AU).I participate in executive leadership at AU that critically examines the research mission and develop strategic goals for future planning and innovations. 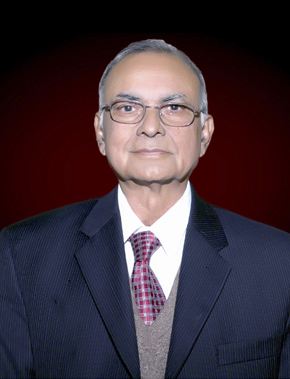 Inventor of Perfusion Angioplasty Balloon - FDA approved. It is used all over the World by Cardiologists. Performed the First Balloon Angioplasty in many countries like: India, Mexico, Moscow, Ukraine. Holder of 30 US Patents. Fellow American College of Cardiology, Fellow Society Cardiology Angiography & Intervention. Established Chair in University of California, Irvine by contributing 1.5 Million dollars. Practicing Cardiologist for over 40 years. Two Biographies: “Hero of American Hearts – 2004” and “Straight from the Heart - 2017” 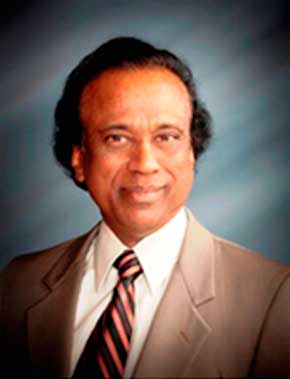 Dr. Girish Kumar Panicker, an authority on C-factor (cover and management) research and an internationally renowned agricultural scientist, is a professor and director of Conservation Research at Alcorn State University, Mississippi. A native of India, Dr. Panicker holds B.S. in Agriculture, M.S. in agronomy and Ph.D. in horticulture. He has worked largely in conservation field on three continents, Asia, Africa and North America. His federally funded research center has the world’s largest C-factor (cover and management) databank on horticultural crops, with work done on 40 crops at an investment of more than $6.5 million. 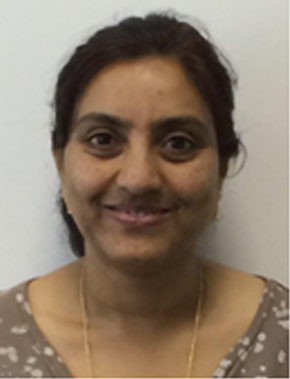 Dr. Mamatha Shekar is an Adjunct Professor of Human Disease Genetics at Centre for Human Genetics in Bangalore, India. Until recently, she was the Director of Biomedical Informatics at Illumina, USA. She has over 30 years of industry experience specializing in genetics spanning from assay development to leading the development of innovative informatic software products for precision medicine. With doctorate degree in biotechnology, she topped her class in undergraduate and graduate studies winning national merit scholarships and awards. To her credit, she has over 20 publications in peer reviewed journals, chapters in few books and patents. As a leader in the field of genomic medicine, she has contributed to the establishment of standards for creating oncology reports.